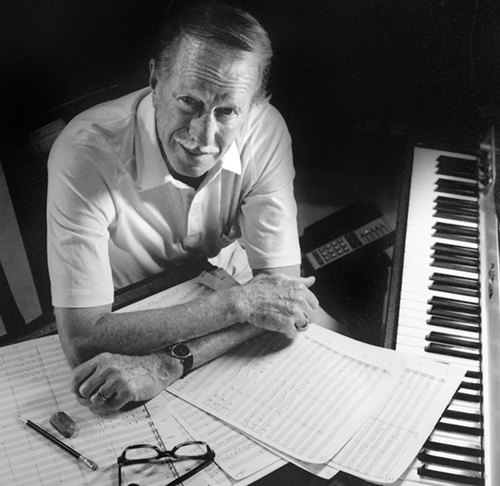 Wikipedia Source: Van Alexander
Van Alexander was an American bandleader, arranger and composer. Alexander led bands and arranged from high school, and studied composition in college. He landed a job selling arrangements to Chick Webb in the middle of the 1930s. One of these, A-Tisket, A-Tasket, became a hit for Webb and Ella Fitzgerald, and subsequently became one of her signature tunes. Alexander later arranged other nursery rhymes for jazz performance, such as Where, Oh Where Has My Little Dog Gone? and Got a Pebble in My Shoe.