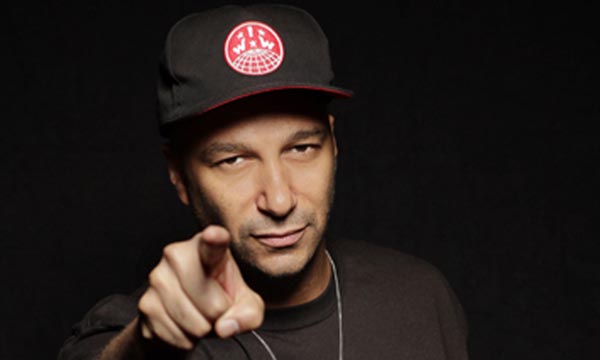 Wikipedia Source: Tom Morello
Thomas Morello is an American musician, singer-songwriter and activist. He is best known for his tenure with the band Rage Against the Machine and then with Audioslave. Morello was most recently a touring musician with Bruce Springsteen and the E Street Band. He is also known for his acoustic solo act called The Nightwatchman, and his latest group, Street Sweeper Social Club. Morello is also the co-founder of the non-profit political activist organization Axis of Justice, which airs a monthly program on Pacifica Radio station KPFK in Los Angeles.