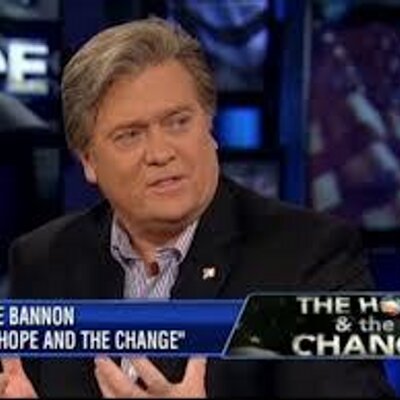 Wikipedia Source: Stephen K Bannon
Stephen K. Bannon is an American businessman, media executive, and conservative filmmaker. He is the co-founder and executive chairman of the Government Accountability Institute and the executive chairman of Breitbart News LLC, the parent company of the Breitbart News Network. He has been involved in the financing and production of a number of films, including Fire from the Heartland: The Awakening of the Conservative Woman, The Undefeated, and Occupy Unmasked. Bannon, a former naval officer, also hosts a radio show Monday-Friday 6 am – 9 am ET on Sirius XM satellite radio channel 125.