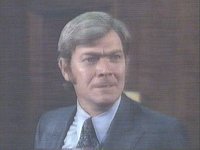 Wikipedia Source: Sidney Armus
Sidney Armus was an American actor. He made his Broadway debut in the original production of South Pacific in 1949. Prior to that he spent six months in England as Stefanowski in the London company of Mister Roberts, which starred Tyrone Power. Mr. Armus appeared in many off-Broadway productions in New York before his debut. While studying with Erwin Piscator at the Dramatic Workshop of the New School for Social Research, he was seen in The Flies, There is No End, and Crew 55..