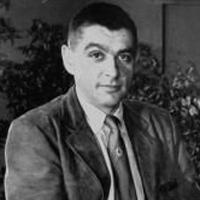 Wikipedia Source: Robert Alan Aurthur
Robert Alan Aurthur was an American screenwriter, director and producer. In the early years of television, he wrote for Studio One and then moved on to write episodes of Mister Peepers. He followed with teleplays for Campbell Playhouse, Justice, Goodyear Television Playhouse and Producers Showcase. One of his four 1951-55 plays for Philco Television Playhouse was the Emmy-nominated A Man Is Ten Feet Tall, with Don Murray and Sidney Poitier, which was adapted two years later as the theatrical film, Edge of the City with Poitier and John Cassavetes.