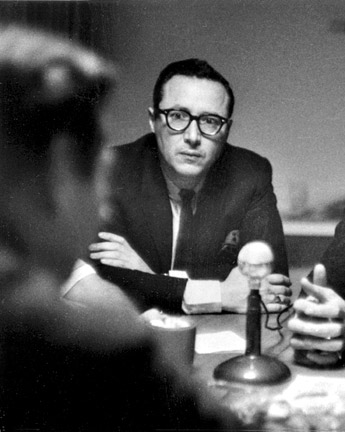 Wikipedia Source: Pete Rugolo
Pietro Pete Rugolo was an Italian-born American jazz composer and arranger. Rugolo was born in San Piero Patti, Sicily. His family emigrated to the United States in 1920 and settled in Santa Rosa, California. He began his career in music playing the baritone horn, like his father, but he quickly branched out into other instruments, notably the French horn and the piano. He received a bachelors degree from San Francisco State College, and then went on to study composition with Darius Milhaud at Mills College in Oakland, California and earn his masters degree.