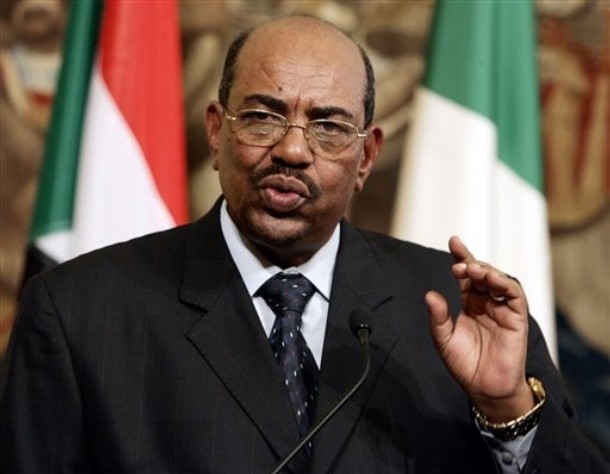 Wikipedia Source: Omar Bashir
Omar Hassan Ahmad al-Bashir is the President of Sudan and the head of the National Congress Party. He came to power in 1989 when, as a brigadier in the Sudanese Army, he led a group of officers in a military coup that ousted the democratically elected government of Prime Minister Sadiq al-Mahdi after it began negotiations with rebels in the south. Since then, he has been elected three times as President in elections that have been under scrutiny for corruption. In March 2009, al-Bashir became the first sitting president to be indicted by the International Criminal Court, for allegedly directing a campaign of mass killing, rape, and pillage against civilians in Darfur.