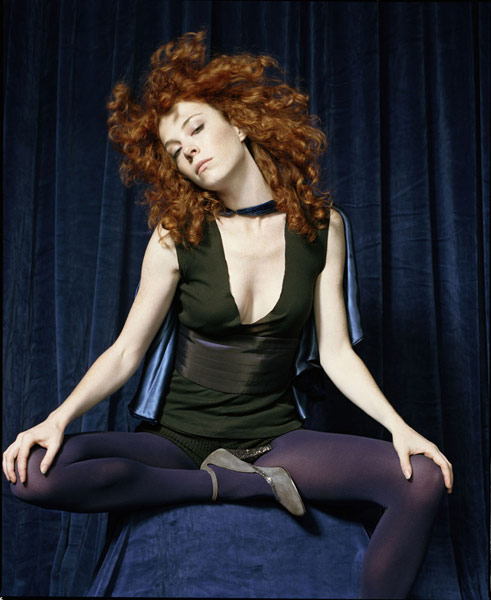 Wikipedia Source: Melissa Auf der Maur
Melissa Gaboriau Auf der Maur is a Canadian musician, singer-songwriter, photographer and actress. Born and raised in Montreal, Quebec, Auf der Maur began performing in 1993 after forming the indie rock band Tinker while she was a student at Concordia University. She was recruited as the bassist for the American alternative rock band Hole in the summer of 1994 and is featured on several Hole releases, including the bands third studio album Celebrity Skin. Following her departure from Hole in 1999, Auf der Maur briefly joined The Smashing Pumpkins as a touring member for its 2000 tour and began her solo career- her debut studio album, Auf der Maur, was released in 2004 on Capitol Records and her second studio album, Out of Our Minds, was released in 2010 on her own independent record label, PHIР MAdM Music Inc.