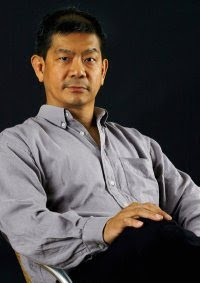 Wikipedia Source: Kee Thuan Chye
Kee Thuan Chye is a Malaysian actor, dramatist, poet and journalist. Acting in theatre, films, and on television for more than 30 years, he continues to do so. In 1981, Kee co-founded the theatre group, KAMI, in Kuala Lumpur. A noted civil rights activist, he would express in his plays whatever he could not express through the newspapers under Malaysias repressive Printing Presses and Publications Act. For speaking out without fear or favour, Kee was among the first recipients of The Annexe Heroes Freedom of Expression Awards when it was launched in 2008. In 2010, he was also voted the 34th Most Trusted Malaysian in a poll conducted by Readers Digest.