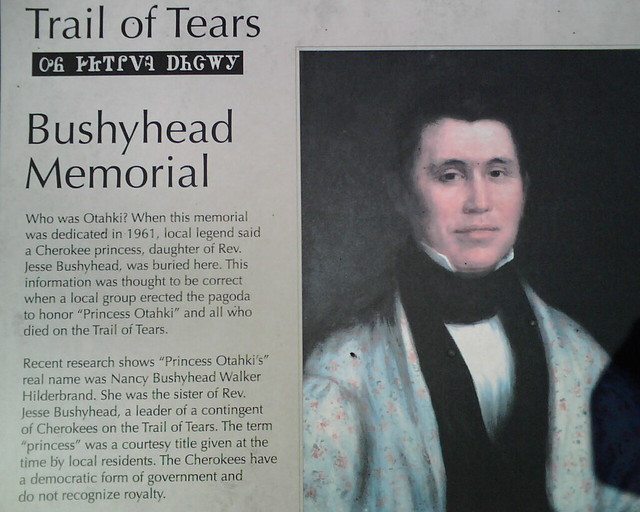 Wikipedia Source: Jesse Bushyhead
The Reverend Jesse Bushyhead was a Cherokee religious and political leader. He was born near the present-day town of Cleveland, Tennessee. His Cherokee name was Unaduti. As a young man, he was ordained a Baptist minister. A member of the John Ross faction of the Cherokees, he was dispatched by Ross in 1837 on a mission to the Seminoles. Although he opposed the policy of removal to the west, he accepted the inevitable and led a party of about 1,000 people on the Trail of Tears. On his arrival in 1839 near present-day Westville, Oklahoma, he established the Baptist Mission, which marked the end of the Cherokee Trail of Tears. He became chief justice of the Cherokee nation in 1840 and remained in that office until his death.