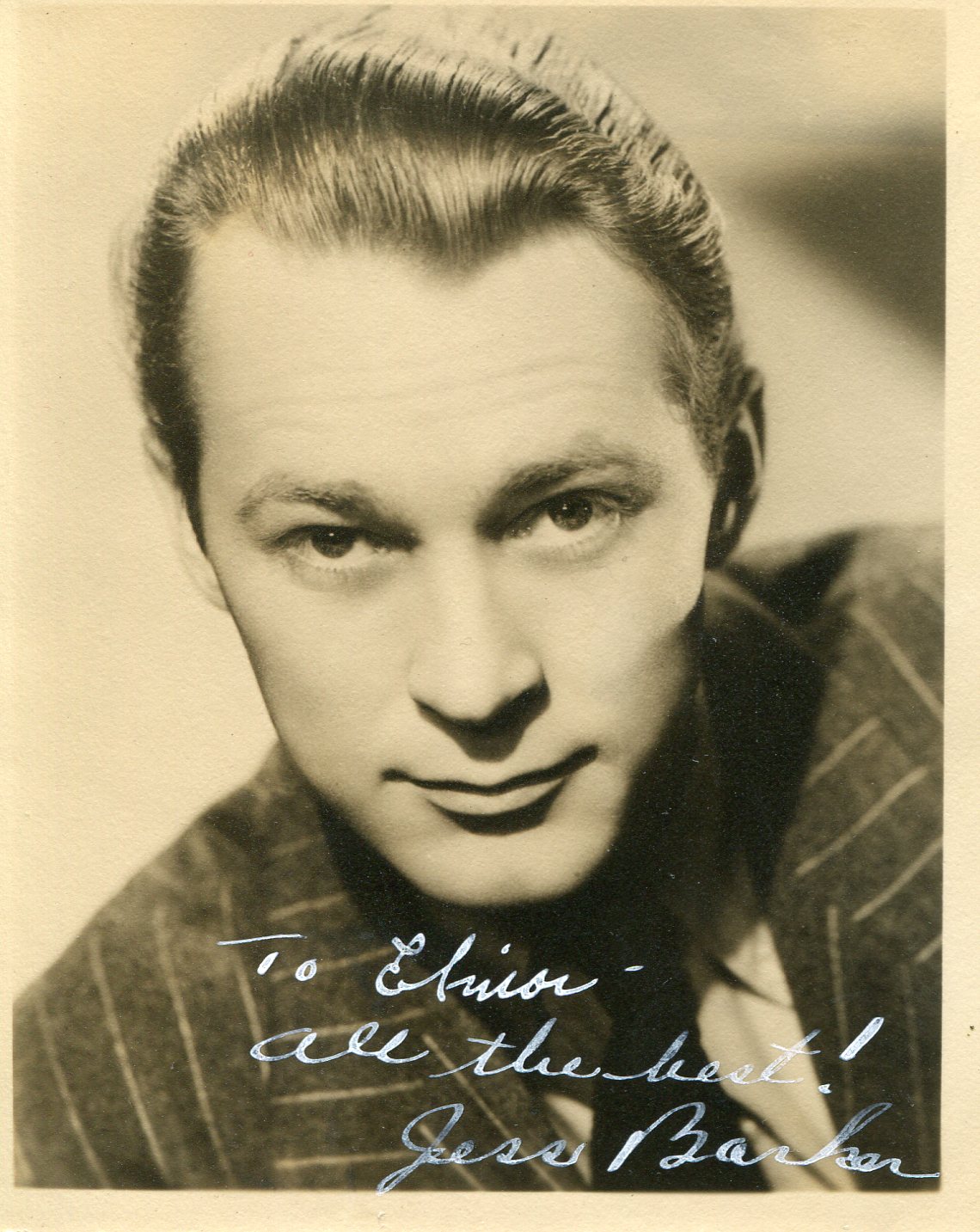 Wikipedia Source: Jess Barker
Jess Barker was an American film actor of the 1930s and 1940s. He began his film career credited as Philip Barker until changing his stage name to Jess Barker in the early 1940s. He is probably most famous for being the first husband of actress Susan Hayward. The two wed July 23, 1944. They had twin sons together during their ten-year marriage, whose custody was won by Hayward after a bitter court battle.