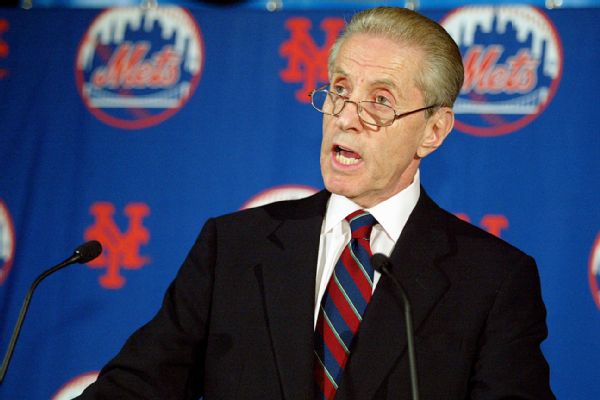 Wikipedia Source: Fred Wilpon
Fred Wilpon is a real estate developer, baseball executive and the majority owner of the New York Mets. Wilpon was raised in a Jewish family in Bensonhurst, Brooklyn. His father, Nathan Wilpon, managed a funeral home. Wilpon attended Lafayette High School in Brooklyn. Wilpon was a big fan of baseball and pitched his freshman year in college until he was injured. In 1958, he graduated with a B.A. from the University of Michigan. After college, he sold calculators for a time while his wife worked as a secretary for Branch Rickey, the former president of the Brooklyn Dodgers, whom he knew from the neighborhood.