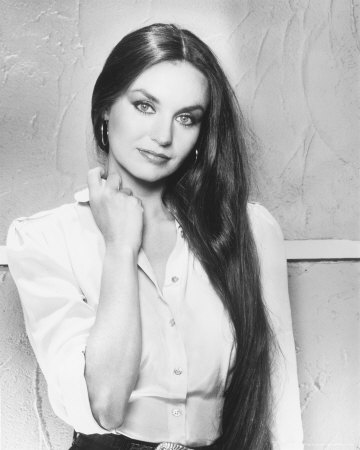 Wikipedia Source: Crystal Gayle
Crystal Gayle is an American country music singer. Best known for her 1977 country-pop crossover hit song, Dont It Make My Brown Eyes Blue, she had 20 number one country hits during the 1970s and 1980s with six albums certified Gold by the RIAA. Crystal Gayle became the first female artist in country music history to reach Platinum sales with her 1977 album We Must Believe in Magic. Also famous for her nearly floor-length hair, she was voted one of the 50 most beautiful people in the world by People Magazine in 1983. She is the younger sister of singer Loretta Lynn, and a distant cousin of singer Patty Loveless. Gayle has a star on the Hollywood Walk of Fame near Loretta Lynns star.