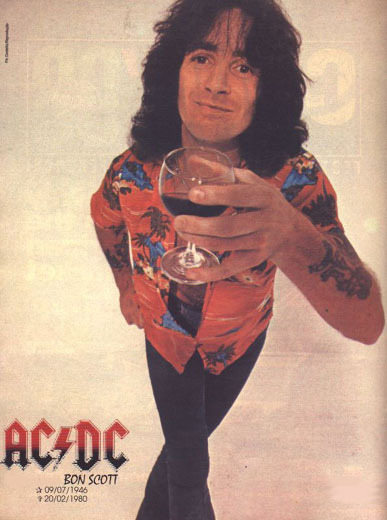 Wikipedia Source: Bon Scott
Ronald Belford Bon Scott was a Scottish-born Australian rock musician, best known for being the lead singer and lyricist of Australian hard rock band AC/DC from 1974 until his death in 1980. He was born in Forfar and lived in Kirriemuir, Scotland, for 5 years before moving to Melbourne, Australia, with his family in 1952 at the age of six. The family lived in the suburb of Sunshine for four years before moving to Fremantle, Western Australia.