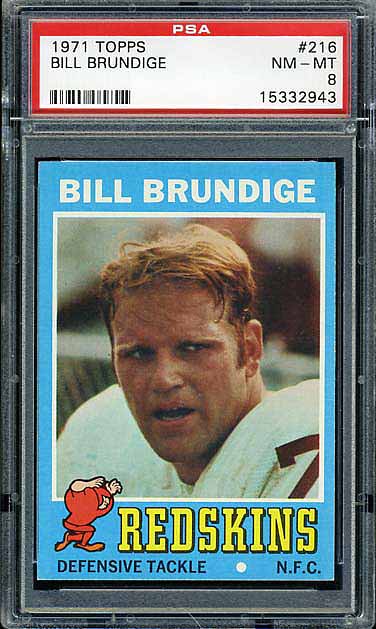 Wikipedia Source: Bill Brundige
William Glenn Brundige is a former American football defensive end in the National Football League for the Washington Redskins for eight seasons between 1970 and 1977. He is currently sixth on the Redskins all-time sack list. Brundige became a part of both Redskin and Super Bowl lore in Super Bowl VII by blocking the field-goal attempt by Garo Yepremian that led to the bizarre fumble-return touchdown by Mike Bass that cut the Miami Dolphins lead to 14-7 late in the game.