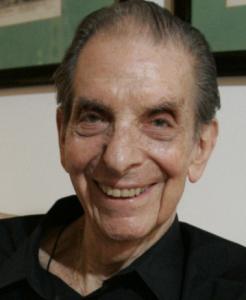 Wikipedia Source: Alvin Colt
Alvin Colt was an American costume designer. Colt worked on over 50 Broadway shows. His first job was in a theatrical fabric house, he also worked on painting scenery during the summer. On the Town was the first Broadway show he worked on in 1944. His major Broadway credits include Guys and Dolls, Top Banana, Fanny, Finians Rainbow, Six Characters in Search of an Author, Destry Rides Again, Wildcat, Heres Love, The Crucible, The Goodbye People, Sugar, Lorelei, Jerome Robbins Broadway and Waiting in the Wings for producer Alexander H. Cohen, with whom he had a long working relationship. Alvin won a Tony Award in 1955 for Pipe Dream. The last official show he worked on was in 2001 for If you ever leave me…Im going with you!